In a very unpleasant event, a Chinese wedding ended in a terrible fight after the father-in-law of the bride planted her a most inappropriate kiss, putting the two families to shame in social media.

The incident took place in the Chinese city of Yancheng when the inebriated man called the bride to join him on stage. When he placed his hand on her shoulder, she did not foresee that her groom’s father was going to force her into kissing him.

All the guests were shocked when seeing this, and even the DJ couldn’t hold back a scream at the sight of the intoxicated man’s behavior, as The Sun reported. Read more on our Twitter account @amomama_usa

Videos from the shameful incident and the aftermath became viral in Chinese social media and eventually made it to YouTube for the entire world to see it. According to Daily Mail, it is rumored that the two families entered in a fight.

The YouTube video that compiles two clips from the lavish party gone wrong, published on February 2018, has more than 700,000 views, with several users taking to the comments section to make fun of or criticize the father-in-law. 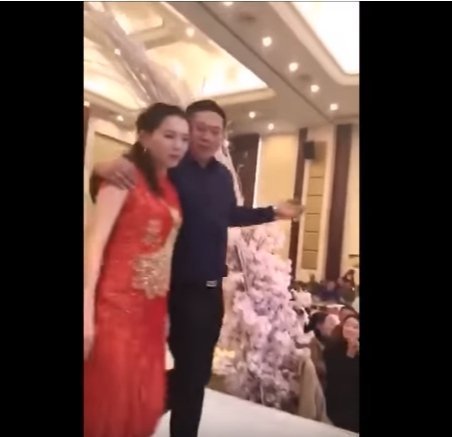 “He thinks it's his marriage,” wrote “FR Bmp.” “That was embarrassing! Hope the man learned his lesson,” added “Ryancute22.”

“People like this have no respect for the family. They are shameless and think they are entitled to everything.”

When the family of the bride, as well as that of the groom, learned that thousands around the world had seen the unfortunate encounter between them and they were the subjects of jokes, they decided to speak out.

A statement was released in the name of both families to address the incident and request for the public to respect their privacy and show some consideration and empathy, leaving them to solve their problems at home. 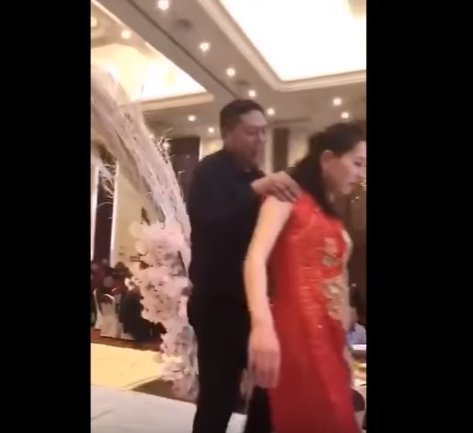 " We didn’t expect the incident to take such a negative turn. The two families are now in an awkward position and the newly-weds have suffered because of it too," the statement read.

"The father-in-law, who had too much to drink on his son's big day, deeply regrets his actions, and we ask social network users to stop sharing the videos and have our family resolve them in private," they added.

" We do not wish to become famous, nor do we want to become the butt of every person’s joke. Had this happened in your family, would you be sharing it like this?” concluded the statement. 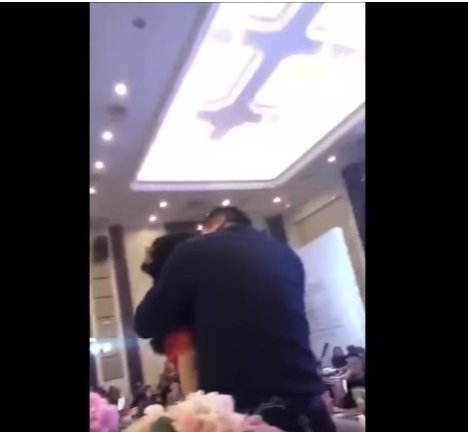 Rumors grew out of proportion

As Daily Mail shared, rumors starting spreading on Chinese social media and instant messaging services creating the most extraordinary and tragic versions of what took place during the now infamous wedding.

Stories about the son beating up his father for what he did to his new wife or that after ruining his son’s wedding the man felt so guilty that committed suicide were spread via WeChat, China’s leading messaging app.

Other videos showing a violent clash during a Chinese wedding were believed to take place at this very same event and were presented as such by uninformed or irresponsible Internet users.

The scandal reached such proportions that the Jiangsu Police decided to give a closer look to the case, concluding that the video of a fight during a wedding that has been shared around was actually from another party in the same province.

Moments like these only prove that liquor can make people commit crazy things. What the father of the groom did at this wedding turned these two families into enemies and made everybody make fun of them.

Another man, this time in the US, did something outrageous because he was reportedly intoxicated with alcohol, and he did it in a much more public event: a Beyoncé and Jay-Z concert in Atlanta.

Just as the world famous husband and wife were leaving the stage to go back to their dressing rooms after finishing a concert from their On The Run II tour, a drunken man decided to jump on stage to go after them.

The actions of this unknown man were so unexpected that for some seconds the many backup dancers that were still dancing at the show’s closure initially didn’t react to the uninvited presence of this man onstage.

But when the man started to run backstage and fearing his intentions towards the two stars he was running after, the entire crew went behind him to stop him from reaching them.