The world of magic never ceases to amaze us no matter how old we are. As children, we believed that everything was possible when we saw a magician levitating or pulling rabbits out of his hat, but now that we are adults we are even more intrigued in how they manage to make these illusions look so perfect and deceive our perception. Through this small list, you will be able to realize how they perform some of these tricks, and in the end, you may learn to levitate.

9. The trick of the bottomless vessel is achieved because in the center of each of them there is a transparent cylinder that stores only the equivalent of the first glass, and that is why we have the impression that when the milk is poured into the next one, it doubles again and again. 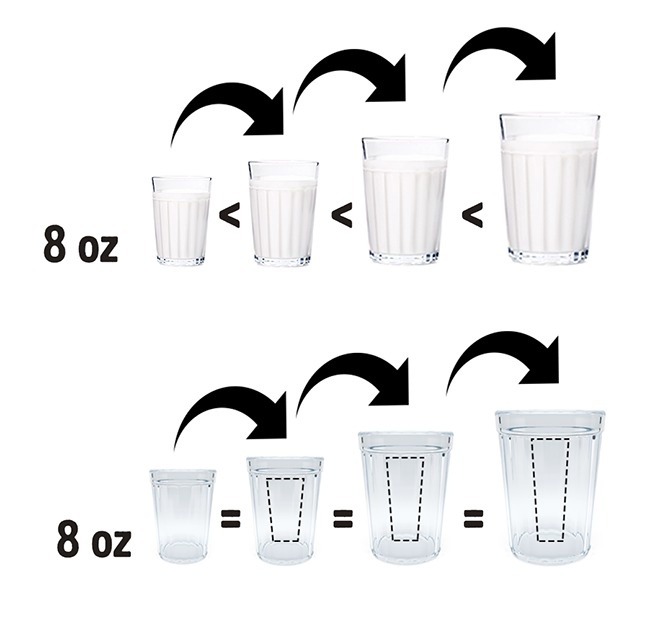 8. Being run over by a truck is simpler than it seems because the magician's assistant lies on the ground, but the magician entirely relies on the laws of physics. The magician places within the truck a series of counterweights that balance the weight away from the body of the girl that is lying down. 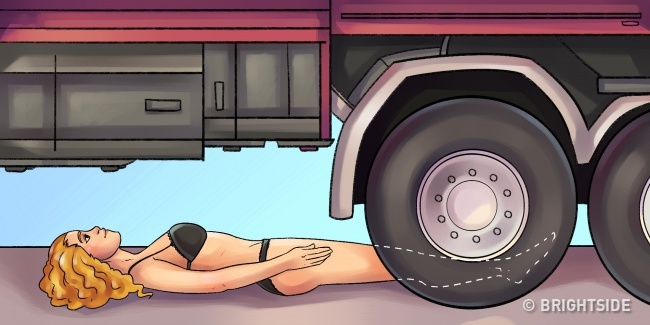 7. The trick of the lightbulb that lights up in the hand of the magician requires some creativity and sleight of hand. The light comes from a blinking, battery-powered LED that the magician can turn on and off at will, giving the impression that the bulb magically lights up.

6. The trick of separating in half works only if the audience is in front of the magician since from the side you could notice that from the knee to the waist is a plastic mannequin that, with the correct posture, creates the illusion of separating the body in two parts. 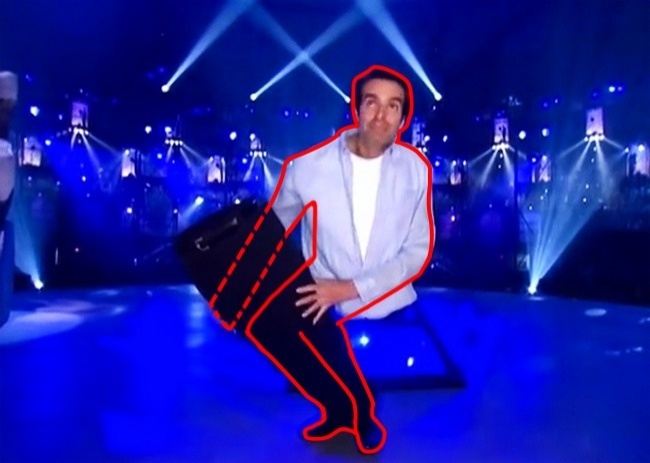 5. The linked rings give the impression of being solid, but the reality is that, through an ingenious sleight of hand, the magician conceals that there is a small gap between the rings that allows him to separate them at will using the power of magic. 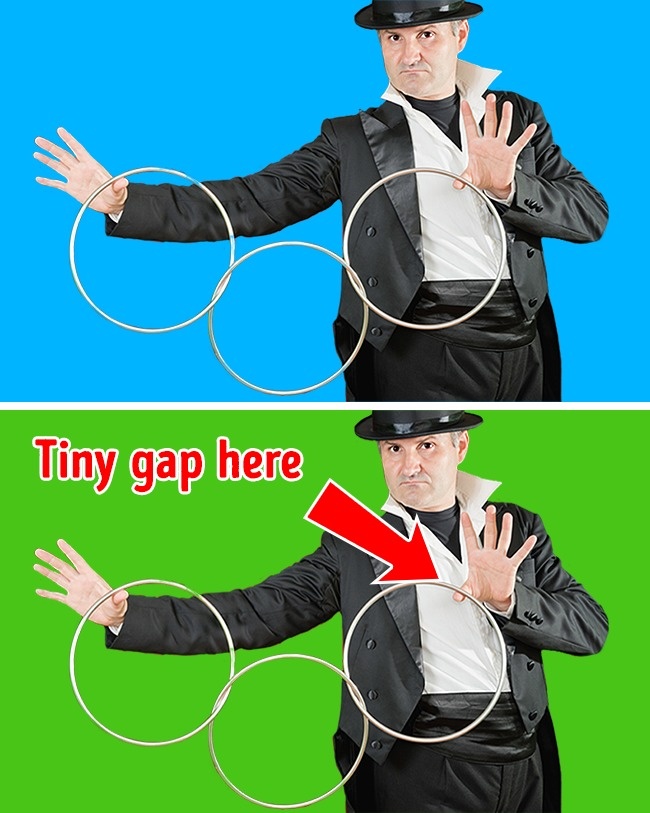 4. Disappearing a pigeon, or any small animal is a trick that is done through a special lid that has a compartment in which the little animal is hidden, making it disappear from the public's view while the assistant hides it quickly. 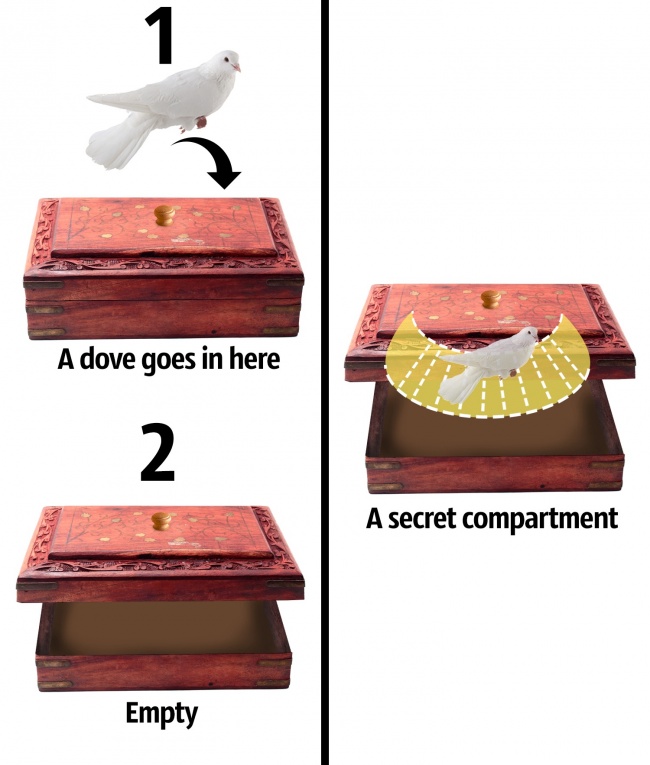 3. Michael Jackson's iconic anti-gravity step was a mixture of wit and physical ability. The trick was achieved through a shoe with a particular slot in the heel that allowed him to connect it to a pin on the floor so that the artist could easily support his weight to make this movement. 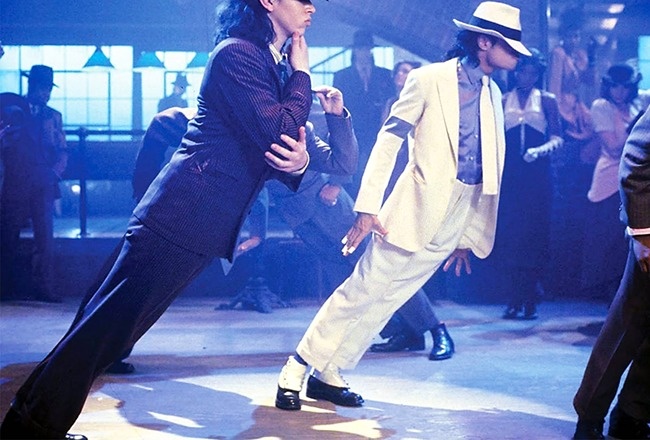 2. The trick of fishing a card requires deceiving the public because the deck from which it is chosen contains 52 of the same card. After placing the mallet in the hat, a pair of magnets hidden in the rope and the card are connected, and thus it manages to "catch" it. 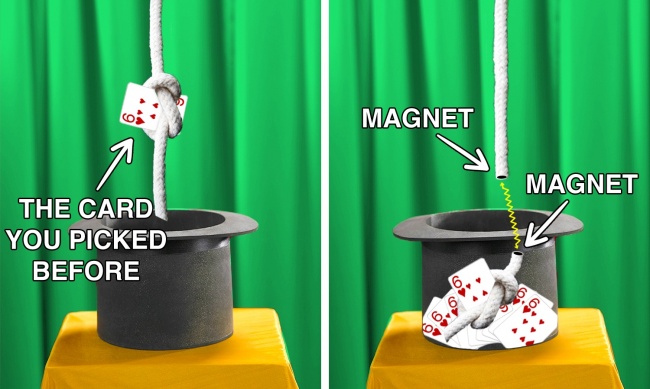 Read more: 15+ Useful Everyday Things With A Hidden Purpose Behind

1. People who you see floating in the street with only the help of a cane are not magicians or yogis. The illusion is created by placing a steel structure under the person's clothing to hold his weight, and that gives the impression that he has some secret power. 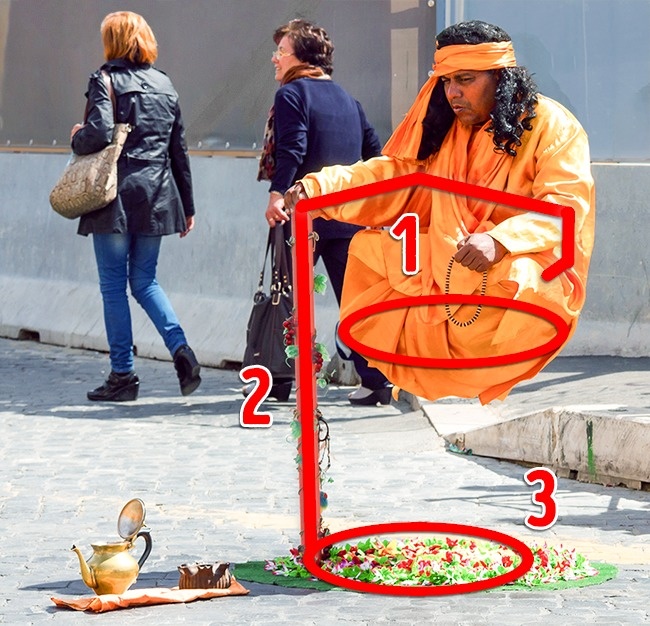 It is likely that you had some ideas before of how these tricks were performed, but the reality is that in addition to the previous preparation and specialized tools, most of them require mainly hard training and very clever sleight of hand. Which of these revelations impressed you the most? Do you know any other trick that you want to share with us? Do not forget to leave your comments about these magic tricks and share this article with other lovers of the arcane arts.