HBO’s ‘Chernobyl’ is the TV show on everyone’s lips. The five-part miniseries which debuted its first Episode on May 6 and last, on June 3 has left the world in awe, rating 95% on Rotten Tomatoes. If you have heard of the buzz surrounding the historical drama television series and you are interested in getting all the information about the show, we are here for you! Take a look at our awesome articles about ‘Chernobyl!’

5. HBO’s Account Of The Chernobyl Event is a must watch for all (Click Here To Read More)

If you an avid reader or a lover of history, you must have heard of the nuclear power plant named Chernobyl that blew up at the border between Ukraine and Belarus on April 26, 1986. While several books and documentaries have tried to give an account of the event, it hasn’t left many marks on the hearts of people like HBO’s version. The show attempts to be as accurate as possible to the actual events and characters of explosion without failing to give fans a perfect cinematic experience. If you already find yourself drooling for more details about the miniseries, then this article is what you need. 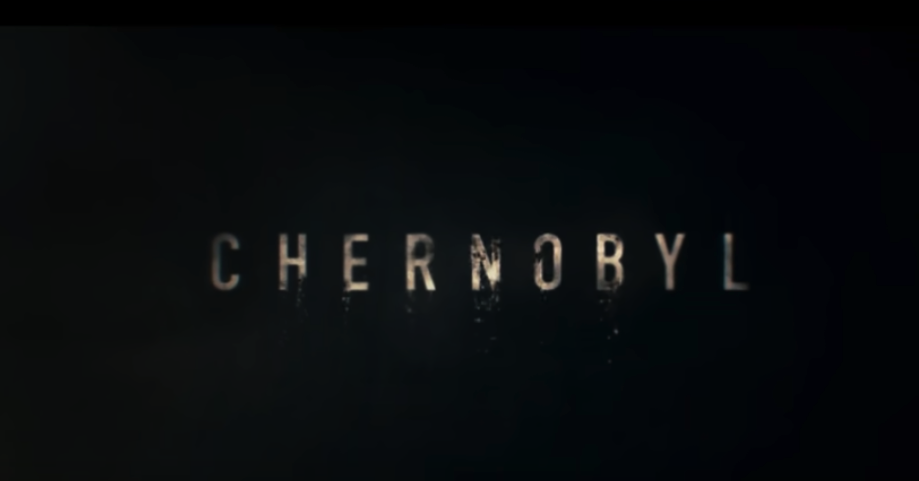 4. The Series Follows Closely The Events That Happened Before, During, And After The Explosion (Click Here To Read More)

For those that caught the TV show without knowing about the explosion, you must have wondered how one managed to cook up such a compelling story. Well, it wasn’t cooked up, the events in the series truly happened! Yes, we know how you feel about that information. It is so sad how many people’s lives changed because they failed to follow due procedure. You might be curious about the exact details of the blast, here is everything you need to no the quench your inquisitiveness.

3. HBO’s ‘Chernobyl’ Is The Highest Rated Show In History; Even Over ‘Game Of Thrones’ (Click Here To Read More)

Yes, you heard us, right! ‘Game of Thrones’ has absolutely nothing over ‘Chernobyl.’ And that’s not even the highlight of it all! Just after three airings, ‘Chernobyl’ surpassed both ‘Breaking Bad’ and ‘Game of Thrones’ on IMDb. Days after its season finale, ‘Chernobyl’ became the top-ranked TV show on IMDb’s all-time TV ranking, getting a 9.7-star rating out of 10 from the 140,000 users on the platform. You might be wondering how a historical drama managed to achieve such feat, well, if you knew about its compelling cast, directors, and producers, then you would know it had to be the very best. Look no further; you can find all the information about the miniseries in this document. 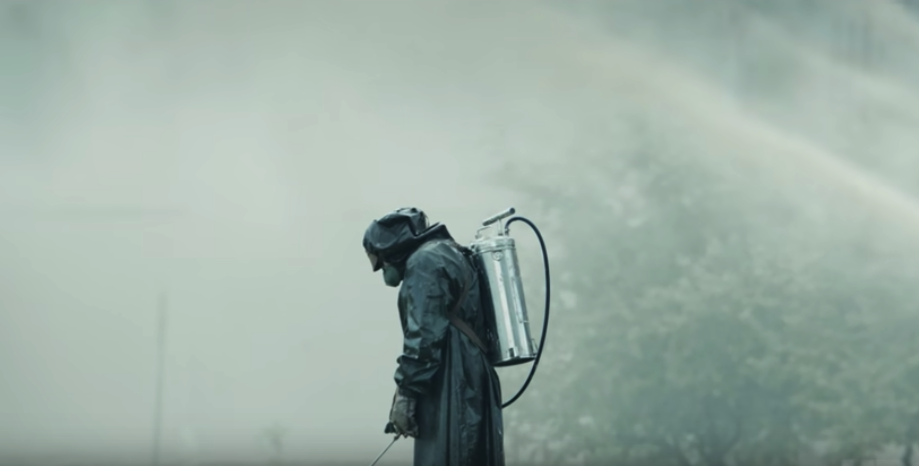 2. Even The Famous Author, Adam Higginbotham Had Something Great To Say About The Show (Click Here To Read More)

‘Chernobyl’ was so impressive that even New York Times non-fiction best-seller, Adam Higginbotham, had only great things to say about the show. Adam is the author of ‘Midnight in Chernobyl: The Untold Story of The World’s Greatest Nuclear Disaster.’ For Higginbotham to have written a book that was rated 4.4/5 on Goodreads, he must surely know a great deal about the explosion. If you’re eager to find out what a ‘Chernobyl expert’ like Higginbotham has to say about the show, you’re in the right place! 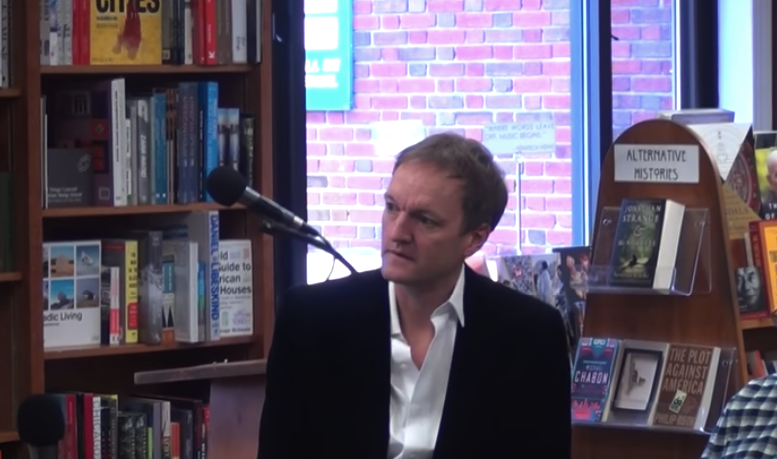 1. HBO’s Chernobyl Even Goes As Far As Documenting The Life Of The Dogs That Were Affected By The Nuclear Disaster (Click Here To Read More)

If you paid attention to Episode 4, ‘The Happiness of All Mankind,’ you must have been devastated at the gruesome killings of the pets left at the site. As much as the miniseries tried to tell the world the damaging effects of the blast even on animal life, there is a whole lot that they didn’t show you, especially about the dogs left behind at the radiation site. If you are a pet lover and you’re curious about the future of the abandoned pets at ‘Chernobyl,’ this article will shed more light on the issue. 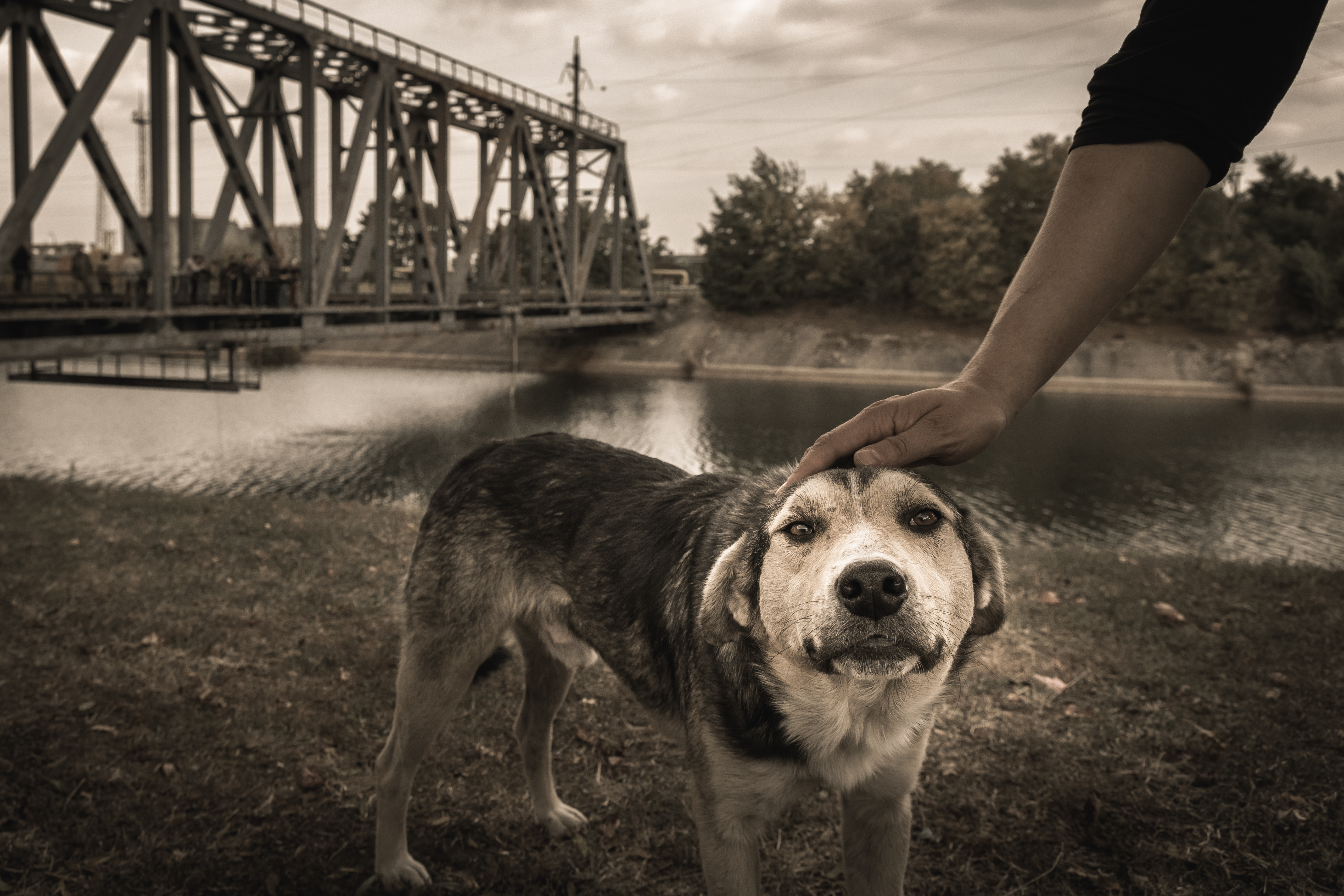 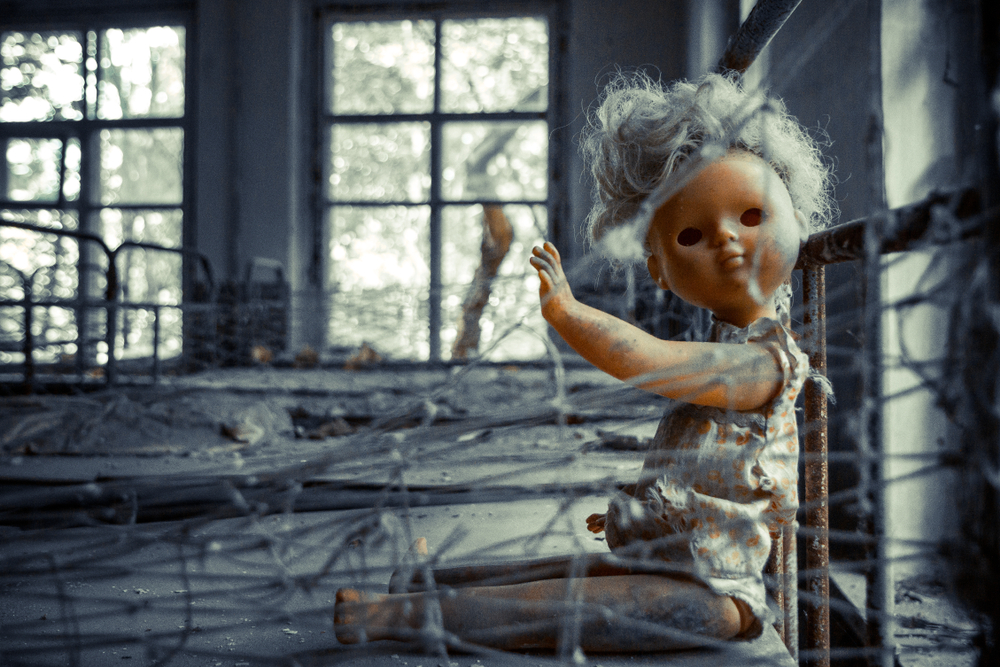 On April 26, 1986, A Catastrophic Nuclear Accident Occurred That Changed The Course Of Things

We would not have been able to behold HBO's 'Chernobyl' without the nuclear disaster that occurred about 30 years ago. However, the consequences of the blast are still felt until now. It was reported that about 31 people died as a result of a direct impact of the blast while long-term deaths caused by the radiation from the site range from 4,000 to no lesser than 93,000. The incident lasted for about 10 days and forced 115,000 residents to be forced out of their homes. Another 220,000 people were compelled to relocate in the following years. 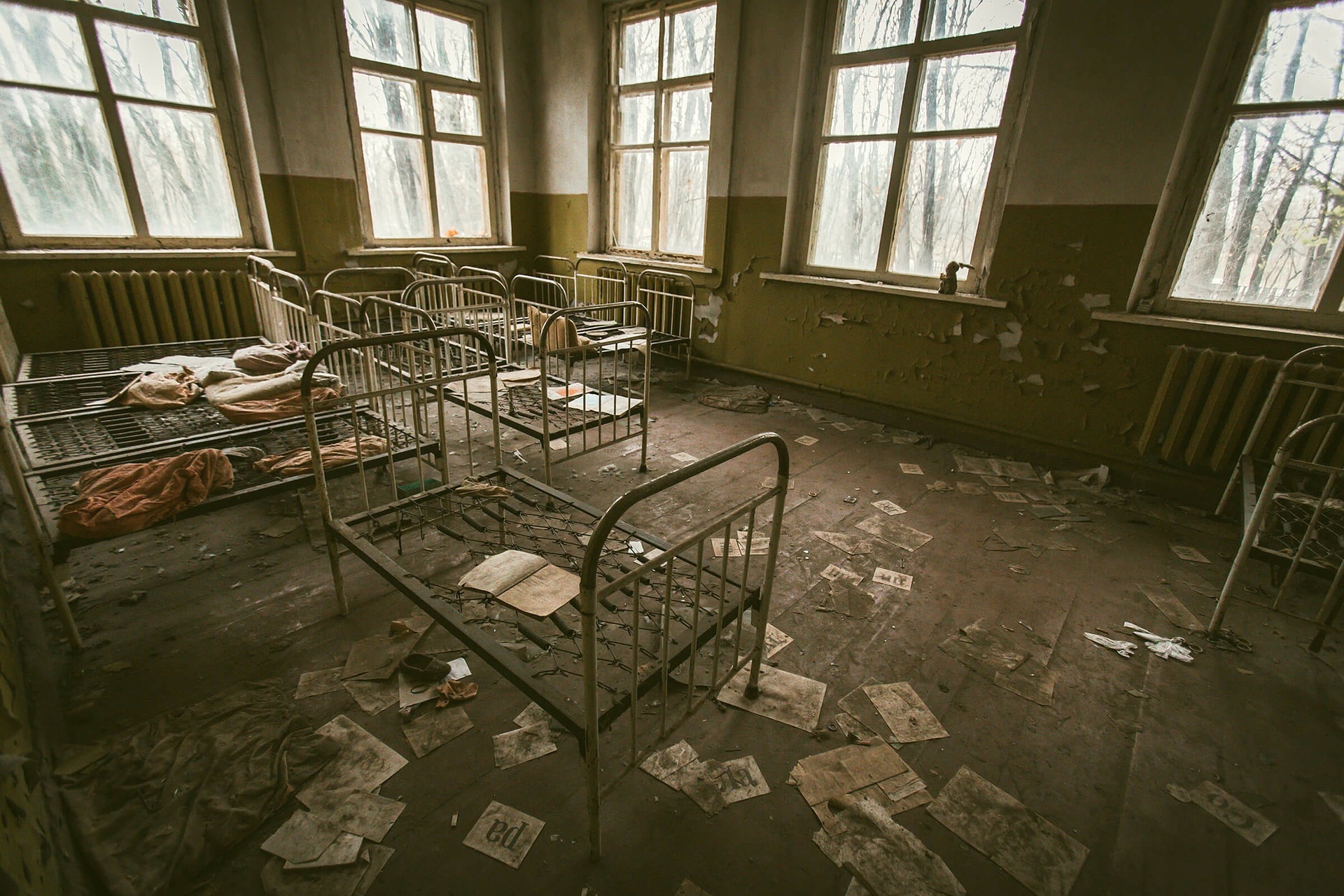 Indeed, seeing is believing! A lot of people were not fully aware of the disastrous consequence that entailed the explosion until the release of HBO's 'Chernobyl.' It was an eye-opener for a lot of people on the history of the world's greatest nuclear disaster of all times. However, it would seem the show did much more than just create awareness. According to Reuters, there has been a boom in the rate of tourism at the Chernobyl site since the debut of the show on May 6. SoloEast, the Chernobyl tours company saw a 30% spike in tourists visiting the area. In fact, bookings for June, July, and August have increased by 40%. Who knew a series could have such an effect! 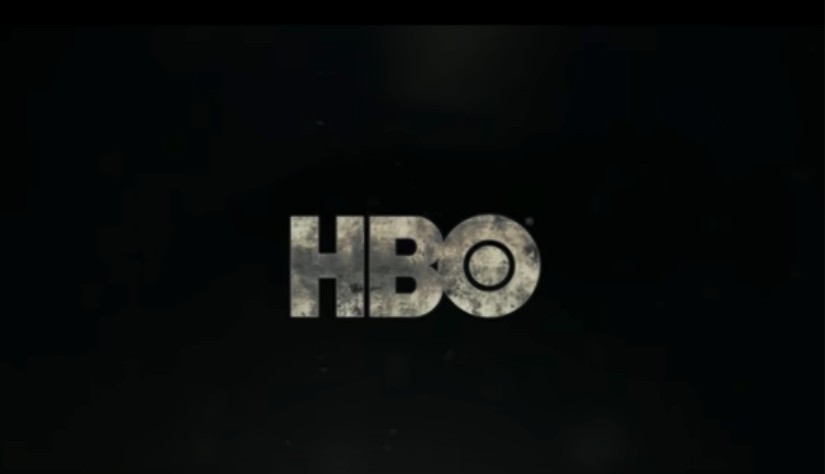 If you followed HBO's mind-blowing series as we did, then you must have been captivated. The way the true events of the blast were incorporated into the historical drama series sure had us wanting some more. Sadly, we are not going to get any of that. Why not? Well, the show was stipulated to be a 'close-ended limited series' that would only air for a while. Also, the creator of the show, Craig Mazin revealed in a tweet that the definite answer to all the questions about a potential second sequel to 'Chernobyl is a no! Ouch, that hurts! We guess it's time to say goodbye to our beloved 'Chernobyl.' 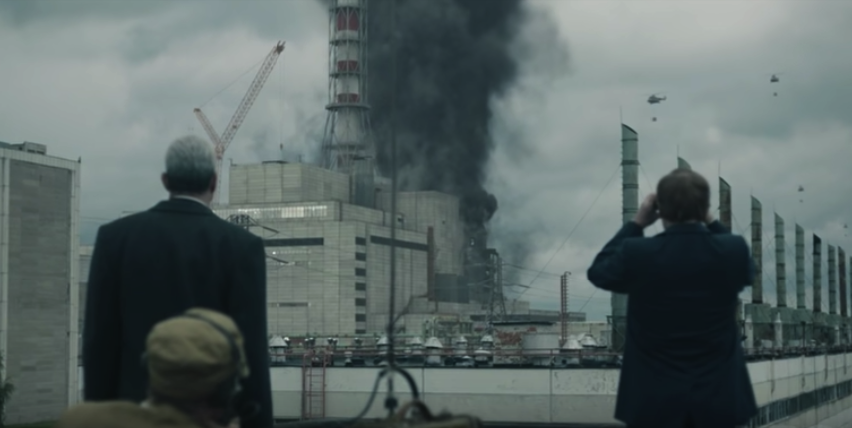 Who would have thought that a TV show about a nuclear disaster would create so much buzz and lead to all this information? Which of the above articles did you find the most interesting? Let us know about it in the comment section and don’t forget to keep reading the phenomenal articles we have for you! We look forward to seeing more of you!