60-Rare Historical Photos From The Past

We’ve got a collection of the rarest historical photos you’ve probably never seen before. The images in this gallery can be best described as historic or bizarre. Have you ever wanted to see Clint Eastwood skateboarding on the streets of Rome? Yes, we can take you there. What about Elvis Presley as a toddler (baby King)? We have that here too. We’ve also compiled pictures of World War II homing pigeons, 1950’s guide on how to use the telephone, and that of Henry Ford's first automobile. Get ready to be visually thrilled, as you go through some history factoids and dazzling photos you would not want to miss.

A picnic at the California Alligator Farm (the 1920s) 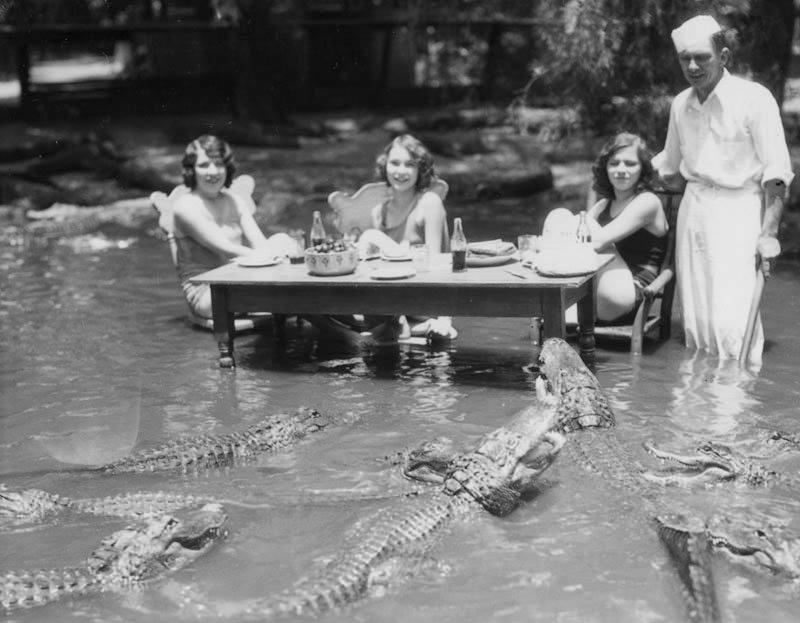 Do you know that Los Angeles needed more alligators than any other animals in the 1920s? It might be a surprise for you to know that the La-La land was a major city tourist attraction between 1907 and 1953. Later rebranded as the California Alligator Farm, the park was a place where hundreds of alligators entertained people. Imagine a place where there are neither restrictions nor tall fences to keep you away from a frolic time with alligators. The Alligator Park was an unregulated park where large alligators gave children a ride, slipped down slides and spun in shallow ponds. Visitors are only advised not to throw stones at the bizarre creatures, spit on or molest them in any way. The owners of the farm, Francis Earnest and Joe Campbell, made a good living from the thousands of people who paid 25-cents to see the alligators up close and personal.

Click 'Next Page' to see the rare photos of the past that might not suit today's audience.