Researchers uncover secrets hidden in giant sinkhole, and they make the record books

A karst environment is formed when certain types of rock which are water-soluble erode over millions of years. The likelihood that these conditions will occur is particularly heightened in situations where there is a lack of drainage that would otherwise allow for underground water to seep out of the bedrock. 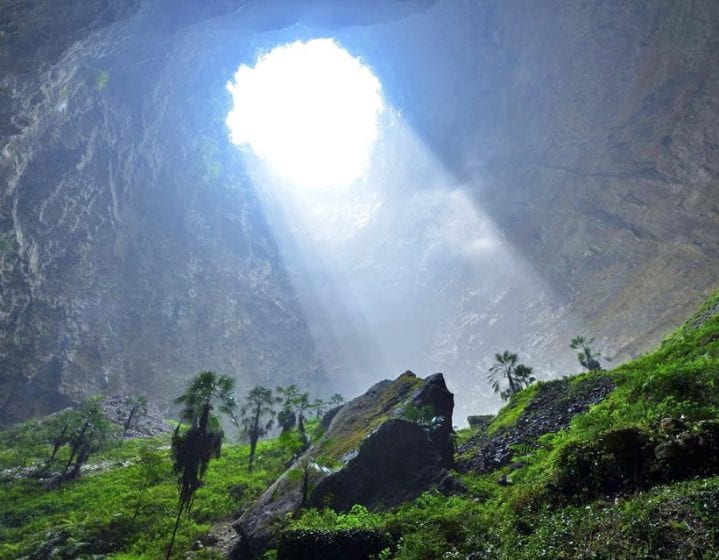 And in some instances, that same eroding force of underground water flow that forms karst can also create a far more impressive sight: a sinkhole. And there was one in particular in China’s Fengshan County that was ripe for exploring, and its mere existence had only just come to the attention of the scientific world. From there on, it would only garner more attention.

Click ‘Next Page’ to discover the secrets of the sinkholes